The Kent BFI Film Academy offers training for every film industry role, from writing and directing through to production, sound design, editing and camera, and provides learning around film history and cinematic storytelling to inspire an appreciation of film culture in the round. This really is a first step into the industry for those young people who win a place.

20 young people from Kent  with a passion for filmmaking are given a chance to meet with high end film industry professionals, such as directors, writers and producers, and link in with organisations like BAFTA for other great opportunities in Documentary, Animation, Visual Effects and BAFTA mentoring. Those who successfully complete the course become BFI Film Academy alumni and receive future signposting and opportunities.

The Kent BFI Academy programme includes making at least 2 short films with the support of industry professionals while developing practical filmmaking skills. These films are then shown to friends, families and supporters of the scheme at a screening, which the young people themselves organise as part of their Silver Arts Award project which accompanies the BFI Film Academy.

In the past, Screen South has received support from The Roger De Haan Charitable Trust and Maidstone Studios to run the Kent BFI Film Academy.

More about Screen South and the Kent BFI Film Academy

Applications are now open to apply for this year's Kent BFI FIlm Academy. Click here to find out more

Lockdown has not stopped our BFI Film Academy. This year's the students took part online and made 4 films which have been entered into the KENT FILM FOUNDATION COVID 19 SHORT FILM CHALLENGE.
Find out more here

Click here to find out all about our Alumni Success stories

Find out what short courses are available here

Click here to find out how you can apply for residential courses in VFX, Animation, Documentary & Craft Skills etc

The UK’s largest film festival for young filmmakers. Click here to find out how you can enter

The BFI offer opportunities for Young Film Programmers to gain industry insights and professional advice to support and develop their own programming and filmmaking practices.

Watch a Behind the Scenes film about the BFI Film Academy to find out how it all comes together. From Week 1 – pitching ideas, all the way through to the shoot and onto the premiere screening at the Folkestone Quarterhouse.

Along the way the students learn and take part in workshops from high end industry proffesionals as well as completing a silver or bronze arts award.

“It was brilliant and I would definitely recommend to other young filmmakers that haven’t done it. The breadth of my knowledge has expanded significantly and the experience has fuelled my passion to make films. Thank you everyone!” 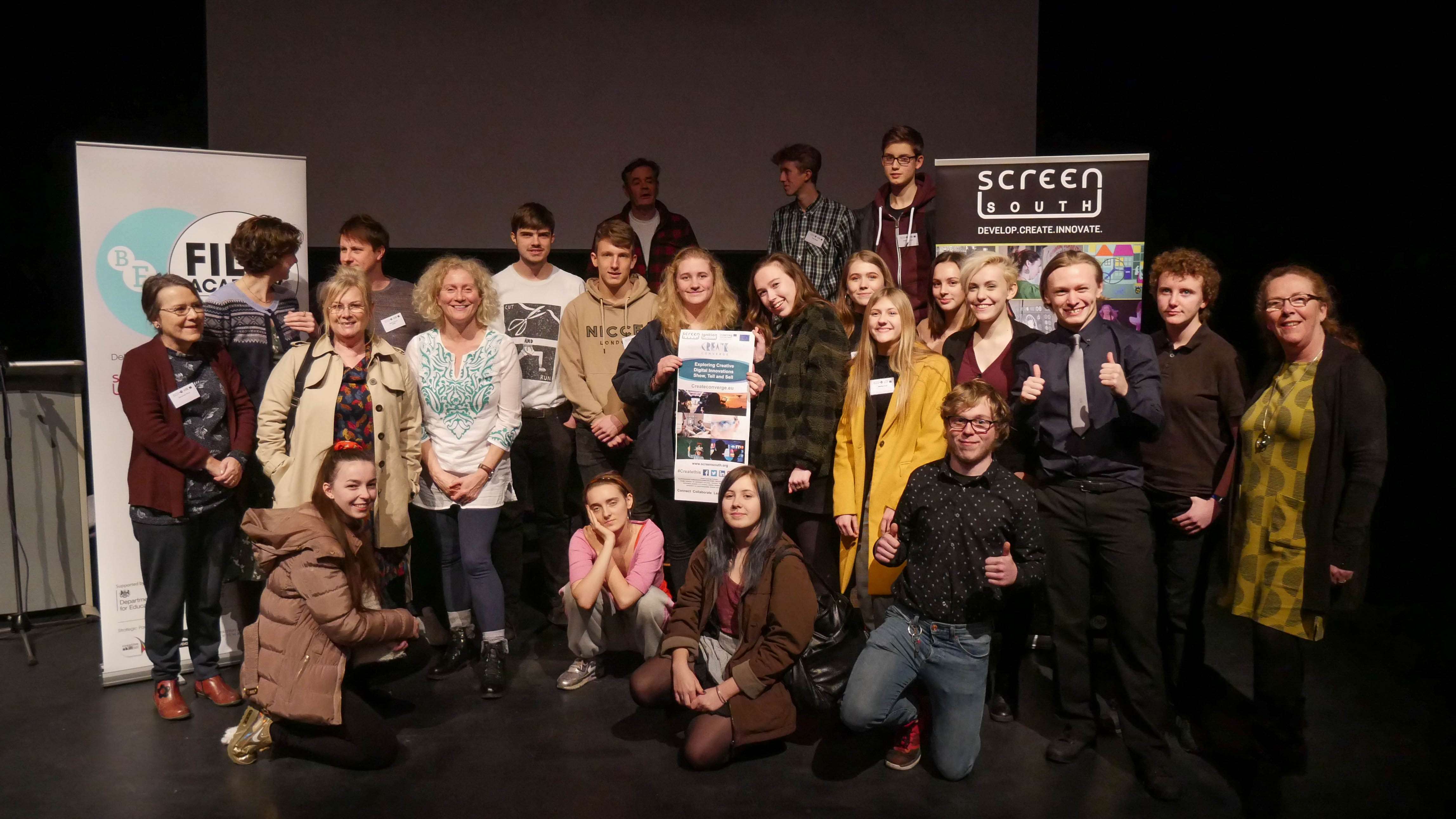