A Series of Industry Conversations, with News and Networking

We are delighted to let you know that Screen South and South East Creatives are launching ‘Kent Film Sessions’, a series of weekly Industry Conversations and Networking sessions, happening from 27th May – 10th June 2021.
Each week we will be joined by a number of Industry Professionals who will be delving into three areas: Building the Creative Dream, Realising the Creative Concept and It’s in the Post. We will then be joined by a special guest speaker who will update you all on the latest opportunities in your area, followed by a networking session with local creatives and the opportunity to have 1:1 sessions. Book soon to make sure you secure your place.

Please let us know if you have any access requirements.

To register your place, please click on the workshop below

For our “It’s in the Post” Conversation, we will be joined by James Whitlam whose credits include, Guardians of the Galaxy, Bafta award wining: ‘His Dark Materials’, ‘Deepwater Horizon’, ‘Harry Potter’ and ‘Lord of the Rings, the Return of the King’ alongside many more. We will also be joined by Post Production Supervisor Alistair Hopkins whose credits include ‘Hotel Rwanda’, ‘Five Children and It’ and ‘The Queen’ plus more. This session will discuss everything post world, from the practicalities of post-production, to the magic of capturing and enhancing all elements of the drama.

Followed by a News/Networking and 1:1 sessions 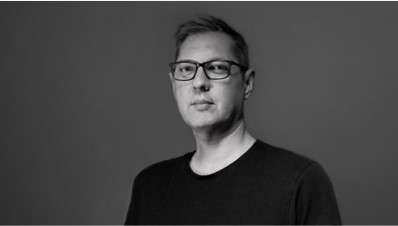 James Whitlam has twenty-nine years of experience in the world of visual effects, the first ten as a compositor and 3D generalist in film, commercials, broadcast design and video games, followed by a move into production and management level roles in 2002.

As a VFX Producer, Executive Producer and Senior Manager at Rising Sun Pictures, James oversaw teams on five Harry Potter films, as well as producing Academy Award winning work on The Lord of the Rings: The Return of the King. As a Senior Producer at Method Studios, James produced VES winning and Academy Award nominated work on Peter Berg’s Deepwater Horizon before relocating to the UK in 2016 to join Framestore as Executive Producer.

In this role James has overseen the company’s Academy Award nominated work on Marvel’s Guardians of the Galaxy 2 and Disney’s Christopher Robin, as well as the much-loved Paddington 2. Making the switch from features to episodic in 2018, James took on the production-side VFX Producer role for Framestore on HBO / BBC’s BAFTA winning adaptation of Philip Pullman’s His Dark Materials. After successfully helming two seasons James has returned to head our Episodic division, marrying his love of managing complex, cross-site projects with his experience of being immersed in production from script to shoot to post to final delivery.

For our Building the Creative Dream Conversation, we will be joined by Director and Actor Nick Moran and Writer Anna Symon who will discuss creating their Drama features for Film and TV. The discussion will focus on creating a Drama feature: the opportunities and pitfalls of developing an idea to visualisation, the world of finance and creating an Award-winning team.

Followed by a News/Networking and 1:1 sessions

For our realising the Creative Concept Conversation, we will be joined by Cinematographer John Mathieson, whose credits include ‘Gladiator’, ‘Dr Strange’, ‘American Woman’ and ‘Pan’ and Location Manager Monty Allen, ‘Jawbone’, ‘Victoria’ and ‘Danny Boy’, to discuss pulling together a Drama feature film and creating the Director’s vision.

This session will be followed by a News & Networking session hosted by Thomas Wightman who is the BFI Network Executive for the South East.

Part-funded by the European Regional Development Fund, South East Creatives is a business development programme supporting growing creative practices working in Kent, Essex and East Sussex. The programme is for creative, cultural or digital businesses looking to cultivate their skills and broaden their professional network.