Join us for our New Creatives Showcase Event

Screen South is celebrating its 20th Anniversary with an open to all Showcase Event. This event will run from 12pm – 5pm at the Leas Cliff Hall in Folkestone, showcasing the 93 Film, Audio and Interactive pieces created as part of New Creatives South East.

The event will involve 3 screenings in the Leas Cliff Hall, Grand Hall at 12pm, 2pm and 4pm, showcasing the 35 Film pieces. Whilst these are running, we will also be showcasing the 52 Audio pieces and 4 Interactive pieces in the Channel Suite.

This event is open to all the Creatives who made the pieces, along with their cast, crew and the general public. We welcome you to come along and see the creative work from the next generation of artists/filmmakers from the Greater South East of England. 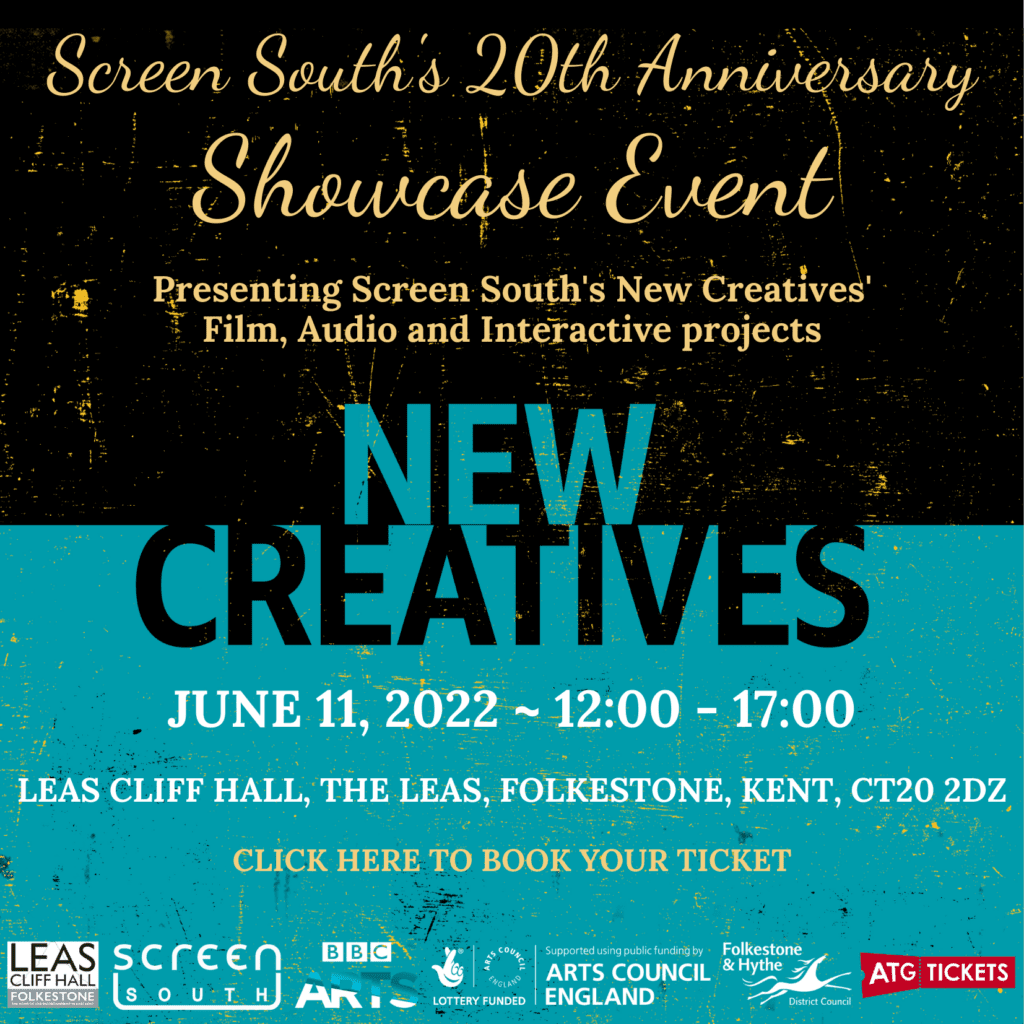